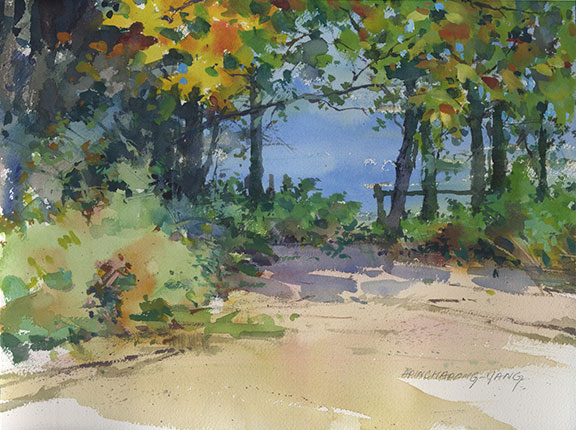 Sunny Apinchapong-Yang was born in Bangkok, Thailand, where his Chinese parents settled after the Second World War. In 1970, Sunny arrived in the United States, receiving his first formal art instruction at Pasadena’s Art Center College of Design and Cal State (LA), earning both BA and MA degrees in Fine Art.

Sunny studied with Sergei Bongart (1977-1985) and later worked as his assistant in teaching at the LA school and his summer workshops in Idaho. Since 1987 Sunny has worked for several animation studios such as Disney, Dreamworks, Sony, and Don Bluth. His many exhibitions include the Frye Art Museum, Seattle; Morseburg Gallery, West Hollywood; and the Oriel Gallery, Dublin, Ireland. Sunny is a Signature Member of California Art Club and also a member of Oil Painters of America. 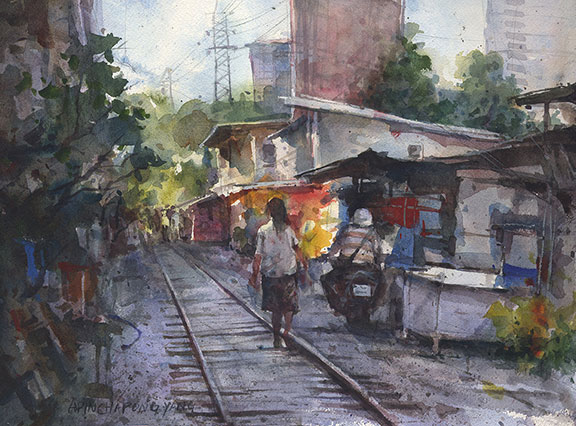 Sunny has plenty of stories to tell of his time with Sergei. We’ll present you with four:

I was driving back with Sergei after a long workshop in Idaho. Our car broke down in the middle of the night somewhere south of Utah. There was nothing much around except for a few farm houses, and the cellphone was not invented yet. We had to ask some farmers to use the phone. Sergei said, “This is gonna be great, when a farmer opens the door late at night to see a Chinese and a Russian right at his front door!”

[Rexburg, Idaho, annual Summer workshop.]
Sergei loved to have a little get-together dinner party among us. He would prepare Russian food and, of course, vodka! He would thinly slice orange skins into the vodka, then place in the freezer a few hours before serving, with many delicious chasers! Sergei loved to tell interesting stories and sometimes recited his poems, first in Russian, which was wonderfully dramatic, then translated to English. Back to vodka: I still remember the feeling of ice-cold vodka running through my body. I usually didn’t remember how the evening ended. After waking up in the morning at my apartment, we were told that either Del Gish or Dan Pinkham carried us (Ron Lukas and me) back to our apartment! It was one of many fond memories!

[Rexburg, Idaho]
One year we stayed to paint for many months after the workshop. We paint beautiful Fall colors and great snow, sometimes at 20ºF. Sergei dressed with his riding pants and boots. He was inspired and happy, painting the snow at the back of the house on a very large canvas, saying, “This is like home” (Russia). It was tough for me who was born and raised in Thailand! The house didn’t have central heat, so at night we had to use the oven with the door open.

[Rexburg, Idaho, 1981]
We were half-way through teaching another month-long workshop, and I became very ill with a severe headache. I flew back to LA and checked into UCLA hospital. I was diagnosed with TB Meningitis, and had to have a brain surgery right away. I was released after a month, with a big hospital bills! Sergei helped organize a fundraising in Seattle. He and many artist friends donated their paintings for an auction which helped rescue me from the big hospital bills. I am in great debt to Sergei, not only as a teacher, but as a mentor and father figure. 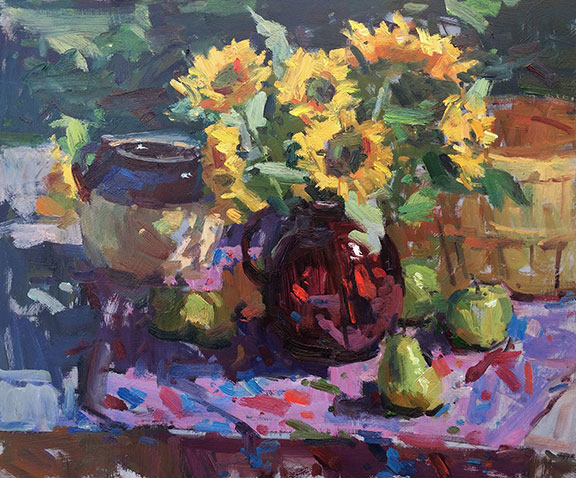 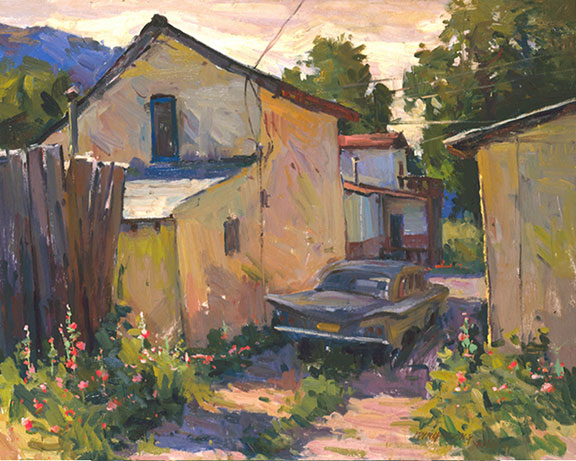 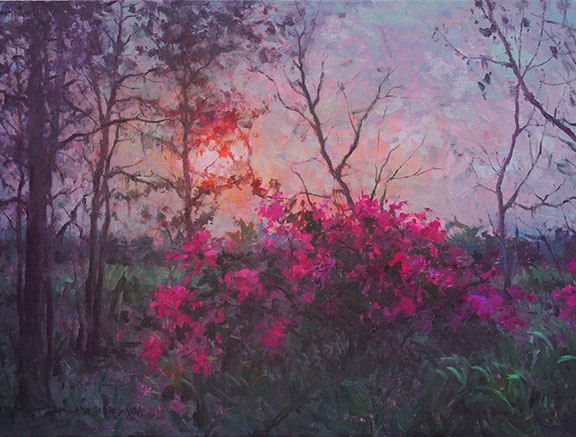 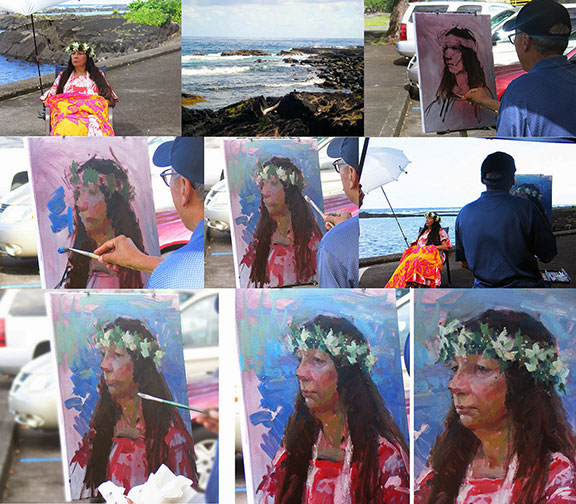